Photograph and poetry by: Steven Holman

The Sallow sullen Moon though the veil of Ashen haze

Has our conscious nightmares resting in

The fire and dancing to it’s light

I will not embrace your sin!

Have I searched in vain? Where within your trite

Twisted and tangled vines is truth?

It cuts the unblemished sky

Through Rock layers and rust, left to die

On the black sands of sunny shores that rue

The shifting sea and steady ground

Yet the Sky reaches down to earth,

Fondling the cribs and crags of star stuff

Death and light is life. 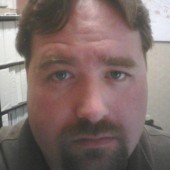