Last fall, LGT staged “Life Slices,” a collection of five one act plays instead of a full length production. This concept allowed for multiple directors to bring a variety of actors to the stage and significantly reduced rehearsal requirements for the smaller casts. Encouraged by the success of 2015’s “Life Slices,” LGT’s steering committee has crafted “More Life Slices, a Second Helping.”

On November 11th and 12th, LGT will present “More Life Slices, a Second Helping.” Directors Everardo Aguilar, Kia Bordner, Les GrantSmith, Gay Hybertson, and Rosalie Riedel have selected short plays with mature themes for our second helping. Join Diane, as she navigates a lingerie store after her mastectomy. Watch as Andrea and her mother-in-law struggle to define their boundaries and relationship during an especially emotionally charged Christmas morning. Jill’s request for a family heirloom is met with hesitancy from her mother, Elaine, who rambles through some family history as she decides whether or not to part with the item. Teen siblings, Gil and Elisa, consider their changing family dynamics before their father’s funeral.

Auditions will be held on Friday, 9/9/16 @ 7pm & Sunday, 9/11/16 @ 2pm, in the 1st Unitarian Universalist Church Meeting House. Among the about 17 characters to be cast are female and male teen siblings, two 20- something young wives and their husbands, a 30-50 yr old breast cancer patient, a 45+ yr old mother, a 55+ yr old mother-in-law, and a 60+ yr old lingerie saleslady. Narrators/muses of any gender, teenaged and over, will also be cast. Actors should come prepared to have their picture taken and to read with others from scripts provided. For more information about each play please see the LGT site.

At the November performance dates, be sure to check out our very popular themed Concession Stand. Past Concession Stand menus have been based upon the entire cast of “The Big Bad Musical” (see sample menu below) and the summertime theme of “Summer Songfest 2.” Our concession team will be offering unusual sweet or savory slice options sure to be as varied as the plays themselves. Pre-sale tickets include $1 off at the Concession Stand. Menu items range from $1 – $3. The Concession Stand is open before curtain, during intermission and again after the conclusion of the show. 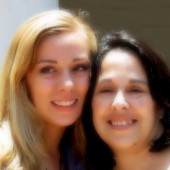 Kia has been waiting for opportunities to flex her social disobedience. Given the national "incident" of November 8th, there will be plenty of those for this outspoken mother of 4, poetess, writer, editrix, playwright, actress, advocate, activist, and juggler.

Lets build a peaceful world together!

The Year of No Christmas